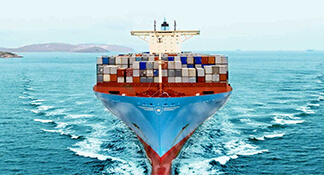 The Cargoquin Group validates and tracks the inventories of their logistics customers’ goods, warehoused at several facilities.

Cargoquin Group was in search of an inventory solution for their new warehousing division. They wanted a hardware infrastructure that could easily integrate with their own customized software solution. OCR Canada built a solution that included a main and backup server, wireless infrastructure, mobile computers, and industrial label printers.

Luckily, Cargoquin Group had some experience in the warehouse environment and decided it was best to invest in an electronic system rather than implement a pen and paper process, which would soon become obsolete and difficult to manage.

Cargoquin Group knew where they had to be in terms of technology, but decided to reach out to OCR Canada for assistance on the best way to implement their solution. They wanted to use a wireless hardware solution that could complement their existing process of tracking items throughout their warehouses.

In response to the warehouse’s need for a more effective inventory solution, OCR Canada recommended a real-time system that would allow management to track the flow of products throughout their warehouses. Additionally, it was built to minimize the amount of manual errors that were caused by multiple workers scanning several items at one time. Cargoquin Group’s process was further streamlined with the addition of a central server (and back up) that would house all of the information for the entire warehouse system, which was necessary since customers’ products would be located at multiple locations.

OCR Canada also saved Cargoquin Group some time and money by recommending a batch system at their smaller warehouse locations, where only one worker would be present. When the overall scope of work was presented to the decision-makers of the company, it was a higher initial cost than expected. However, the return on investment resulted in higher time and cost savings in the long run.

Having implemented the solution Cargoquin Group has seen the benefits of using an electronic real-time inventory solution. They have seen an almost flawless picking, receiving, and storing process, while their inventory loss has been non-existent with the accuracy of their data collection. There is also a level of transparency for their customers to track their merchandise and see what they have on-hand at any facility at any given time. The solution has led Cargoquin Group to offer their own value-add to their customer base and has resulted in higher customer satisfaction, a reduction in costs, and an expansion in their warehousing facilities as the business continues to grow.

The OCR Canada solution, which includes mobile computers, access points, label printers, and a server has been used at several warehouses and can be scaled down to fit the size of the facility.